All Phase Roofing Roofing Company in Lake Worth, FL

Do you have a roof leak requiring a fast response? Considering Re-roofing or roof replacement? Concerned about your roof's overall condition? Call All Phase Roofing for your free roof inspection estimate today. Our exceptional, straightforward, no-hassle service, with over 30 years experience, has made us the best West Palm Beach, Palm Beach County residential roofing company around.

All Phase Roofing are Palm Beach County expert roofing contractors in residential roof repair and new roof installation. Our experts come to your home and give free Roof inspection estimates. With our fast response to your call, we come out to do a free roof inspection estimate, determine what needs to be done, give you a free quote, and get you covered.

You will always know what you can expect before any work gets started on your home. We deliver the highest standard of quality workmanship and service. All Phase Roofing repairs and builds all styles of roof with the best guarantee in the business, meeting or exceeding local and state requirements. Known for quality, remembered for service, All Phase Roofing believes in 100% customer satisfaction. Call 561-588-8782 to schedule your free roof inspection estimate.

All Phase Roofing always approaches our customers as people first with honesty and respect, promising to have your roof installed as quickly as possible. Our roofing crews leave your property exactly as it was except with a much-improved roof! With over 30 years of experienced West Palm Beach roofing contractors on our company staff of over 60 people, our mission is to become the roofing standard of excellence in quality workmanship, integrity, dedication and service.

All Phase Roofing is a full service roofing company serving West Palm Beach, and throughout Palm Beach County for residential, commercial, new construction and repairs. We deliver the highest standard of quality workmanship and service. All Phase Roofing repairs, installs, and maintains all styles of roofs with the best 100% guarantee in the business. With over 30 years of experience, our expertly trained staff of over 60 roof technicians , our mission is to become the roofing standard of excellence in quality workmanship, integrity, dedication and service. Please call 561-588-8782 today for your free roof inspection estimate. License# CCC1327393 email: james@allphaseroofing.net

Concrete roof tiles create a beautiful roof that recalls Spanish-style roofs of old. Best of all, concrete roof tile outlasts most other roofing materials, and manufacturers typically offer warranties of 50 years or more. All Phase Roofing handles concrete tile roof installation and maintenance in West Palm Beach, and throughout Palm Beach County. We love crafting unique, durable roofs out of this material. Did you ever wonder why so many historical buildings you see in Asia and Europe have concrete tile roofs?

Metal roofing systems are growing in popularity due to their wide array of benefits. They are aesthetically pleasing, durable, as well as very practical. All Phase Roofing installs Commercial Metal roofing systems to offer fantastic protection from the elements of life in West Palm Beach, and throughout South Florida.

Frank and Jacqueline provide customer service that is almost unheard of in this day and age. They respond quickly, they're knowledgeable and friendly. The crew that worked on my roof did an amazing job - and cleaned up so well at the end of the day the only way you knew they were here was old my roof was gone! They even "swept" my yard with a magnet to pick up any loose nails! AMAZING! I highly recommend All Phase Roofing!

They helped me when i needed them..

After buying our new house in December of 2015 we were moving along with painting and so forth and the whole month of January had a record setting amount of rain and storms, even several tornadoes. In the last week of January the roof started to leak, alot! I spent alot of time researching roofers and their reviews and I had at least 15 different companies come out for estimates. Only a hand full would give me a written estimate, the others were only verbal. I called All Phase Roofing and explained my situation, they actually seemed to care about what we were going through and Frank showed up the next morning with a written estimate that included everything, from permits, products, and the clean up!

He did his research before he came so he already knew the size of the roof. He sent his guys up on the roof to inspect it. Several other's did not even look at my roof the just threw out a number. He talked to us and explained everything to us, he even spoke to my father-in-law and passed his questioning which does say ALOT! He knew his products inside and out and walked us through the process of removing the old roof and replacing it with the new roof and gave us a very reasonable time line. Out of 15 roofing companies he was our favorite, he was not pushy he was very patient with us and he treated us like people not just a job and we felt very good about using him and his company.

We are still fighting the insurance company for all the damage done by the leak so we had to pay for the new roof out of pocket, I spoke with Ashley and she was awesome from start to finish! Any time i had questions or needed her help she always helped me, she went above and beyond for us and it is very appreciated! Frank was also trying to help with the tarp replacement as well during our struggle with the insurance company. He was also much cheaper than the company I got stuck using. When we got the money from our taxes to pay for the roof he started the process right away, his guys were there the next day to tear off the old roof and then started the new roof. They handled all of the permits and inspections.

When they were all done Frank did stop by to check it out and to touch base and made sure all of our questions were answered and we were happy with the finished product. Which we are! I would definitely recommend All Phase Roofing, Frank and Ashley were my saving grace during this roof nightmare! They went above and beyond to help us, its nice to be treated like a person and not just a job site. He also backs his work, that is a rarity these days! Its hard to find good honest contractor's who take pride in there work and believe in quality over quantity and that is very important to me!

Their initial Field Representative was very knowledgeable. The Installation Crew knew exactly what they were doing and did it in a timely manner. The Professionalism was above and beyond the norm. I wouldn't hesitate to Recommend All Phase Roofing.

I had a leak and Frank pushed back another job so they could repair it before the major rain storms came. They were a great company to deal with and I would recommend them to friends and family. 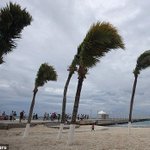 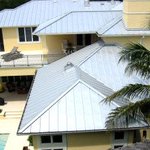 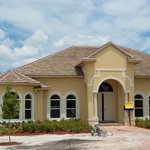 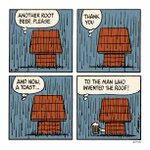